POWER TO THE POOR! 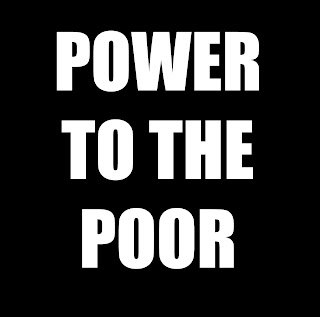 We are excited to release the newest album by The Gallery Singers At The Electric Church Of The Tambourine today for free. The 6 track EP, called POWER TO THE POOR, is the long awaited follow up to the band's 2013 'We Won't Make It' EP (also free).

This album is being released on Presidential Inauguration Day as a socially conscious Class War Protest against the greed of the ruling class, and the coronation of billionaires into the highest seats of federal government. Together with  The Electric Church Of The Tambourine (the activist wing of Louisville Is For Lovers, that works with socially conscious bands and fans to create communities for social change) and The Gallery Singers, we are standing in solidarity against the fascist oppression and economic slavery of 50 million Americans. This is a call to action.  The dismantling of democracy and government mandated economic servitude will no longer be tolerated.

The Gallery Singers 'POWER TO THE POOR' EP can be played and downloaded right now for FREE here:


More about The Electric Church Of Tambourine and how to join the growing movement of musicians and community members working toward a free and equal society here.
Posted by johnking at 12:00 AM